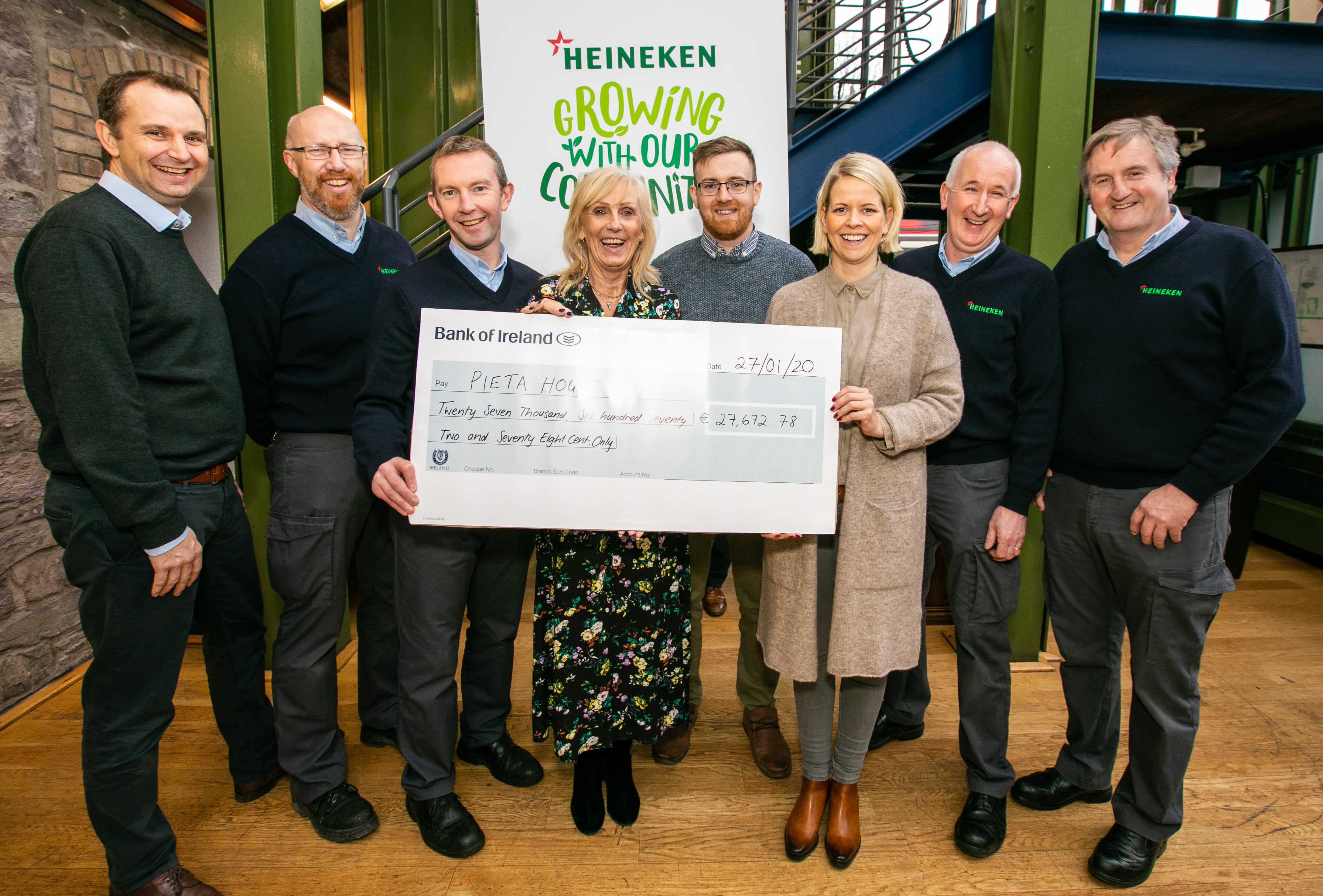 At a recent presentation in HEINEKEN Ireland, 4 colleagues handed over a cheque for almost €28,000 to Pieta House, the results of a campaign that saw them cycle over 960KM from Cork to Amsterdam! The cyclists, shared some lovely words on why they chose to take on such a gruelling task... 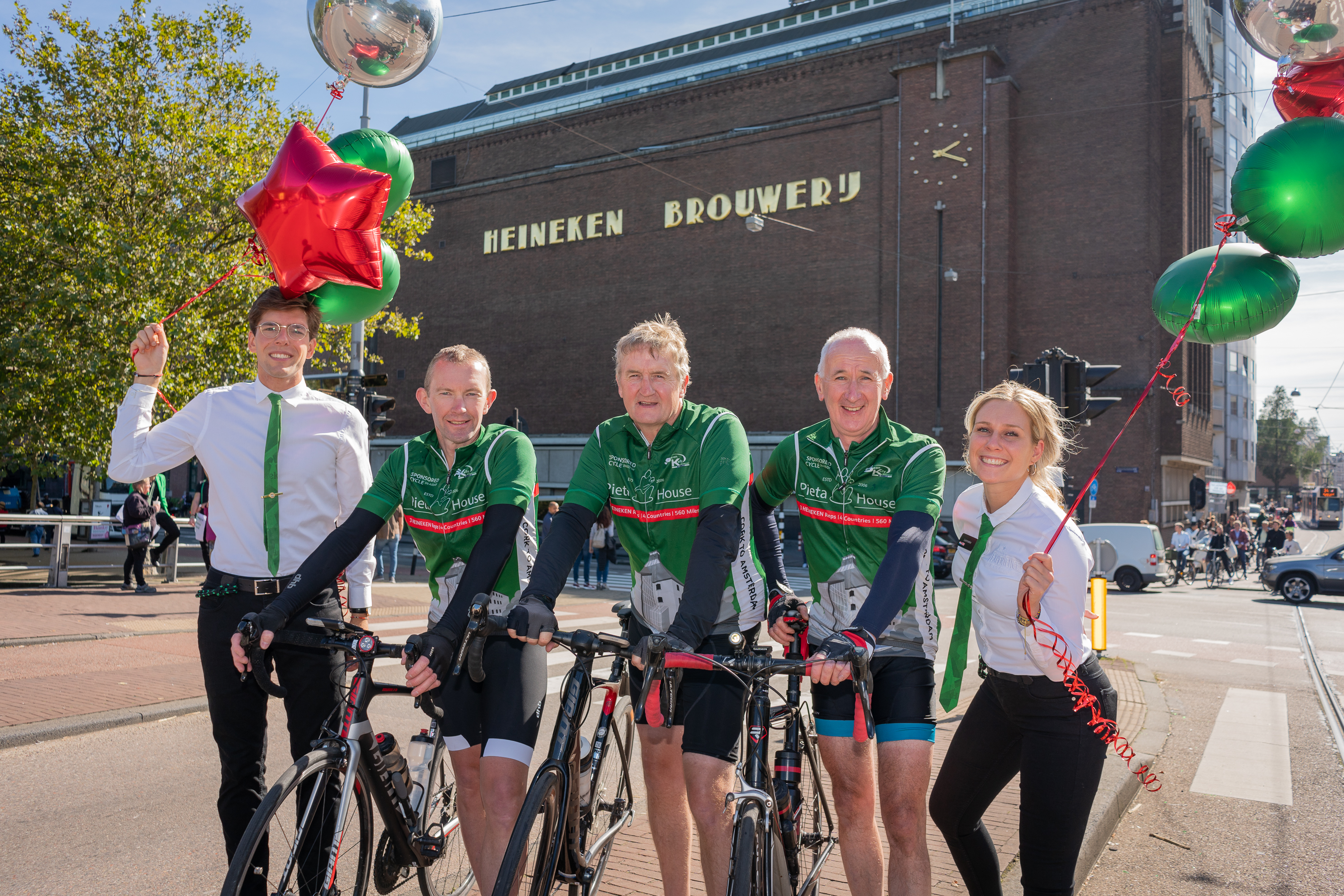 “Cork to Amsterdam - Growing with our Communities sponsored cycle in aid of Pieta House has been part of our lives for the past 19 months. To see something that started out from a three-way conversation on a morning cycle around Carnsore Point in Wexford back in August 2018, grow into us now handing over a cheque to the value of almost €28,000 to Pieta House is truly amazing!

The idea of the cycle came from watching a documentary about a woman who had lost her partner, who had been an avid cyclist, to suicide. She honoured his memory, taking on the challenge of cycling from Brighton to Liverpool, a journey of some 350 miles having not cycled any great distance previously. She succeeded in doing the cycle and in the process raised £1.1 million for various charities. So we thought “If she could do it why can’t we…”. We were delighted when Olive Ruane of Pieta House informed us that they were happy to be our charity of choice.

This was important to us for many reasons -

Like many things, it took an army to organise this project. A big thank you to our families for all their assistance and support. We give thanks to all our colleagues across HEINEKEN Ireland, especially our teammates in the South Leinster SB Team and our managers Michael Bernie and Brian Malone, along with the entire Corporate Affairs team and HR Director Sina Engelke. "

Read more about the cycle here - 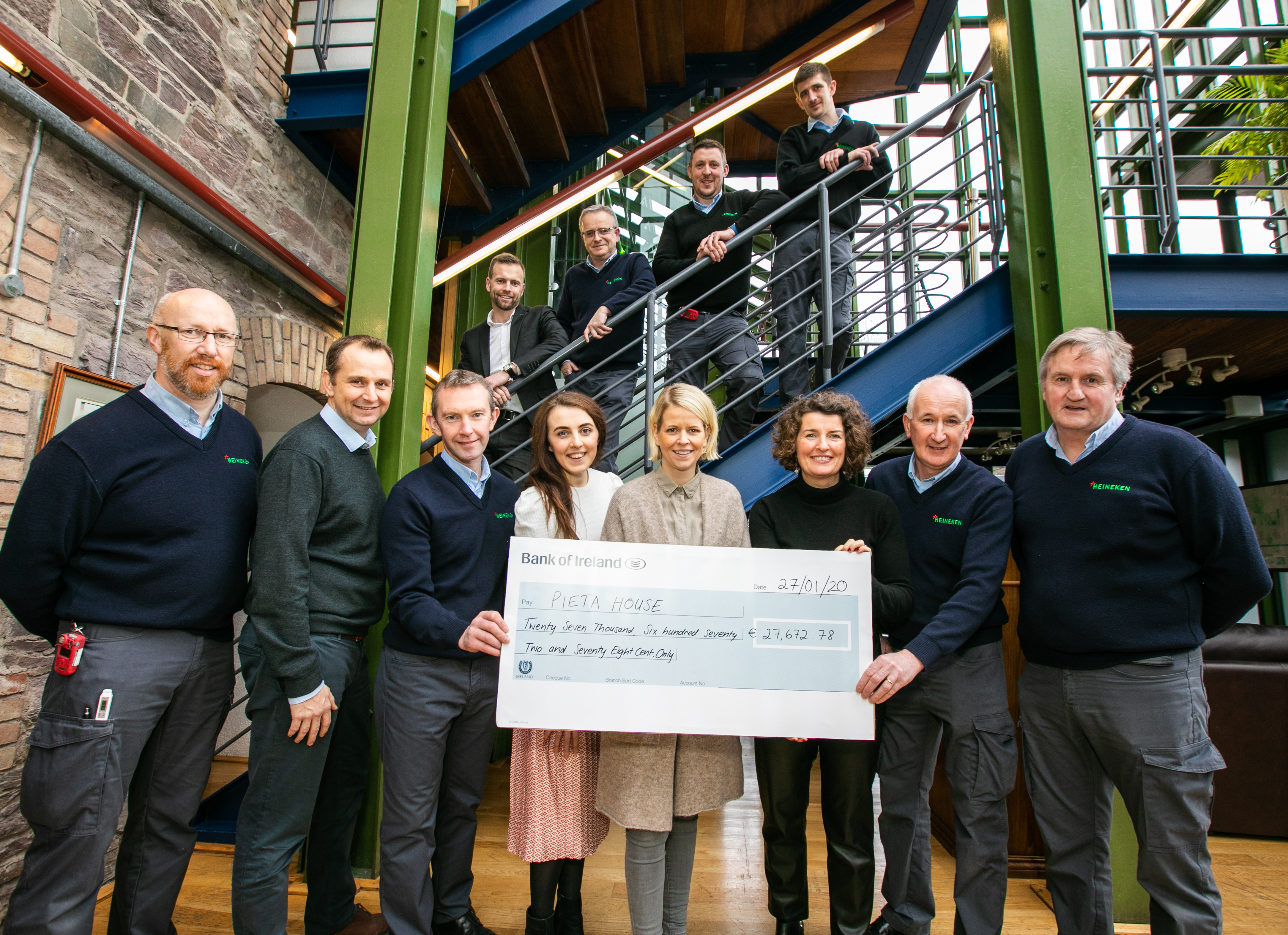 We as a company were thrilled to support this through the HEINEKEN Ireland “Growing with our Communities” programme, this enabled them to donate every cent raised to their chosen charity. Pieta House is an Irish charity who provide free of charge therapeutic services nationwide to people who are in suicidal distress and those who engage in self-harm. It costs the charity €1,000 to put an individual through their services. This cheque will go help towards the life-saving work that this invaluable charity does for those in need, in turn saving many lives.

Back in September they received a fantastic send off from Lady's Well Brewery, HEINEKEN Ireland HQ in Cork – a lovely boost of pedal power to begin their adventure. Their 9-day journey saw them cycle a whopping 960km across 4 countries, stopping off at our neighbours in HEINEKEN UK at the Hereford Brewery.

They were finally greeted at the home of HEINEKEN in Amsterdam city centre where they received a warm welcome from our colleagues, including many Irish Expats. A truly momentous occasion that was broadcast live to us on Facebook to ensure everyone back home in Ireland could share this special moment.

Throughout the campaign to build awareness within the company, everyone got involved, including Maarten Schuurman, HEINEKEN Ireland Managing Director and Patrick Conway, On Trade Director got on their bikes to push the cause. 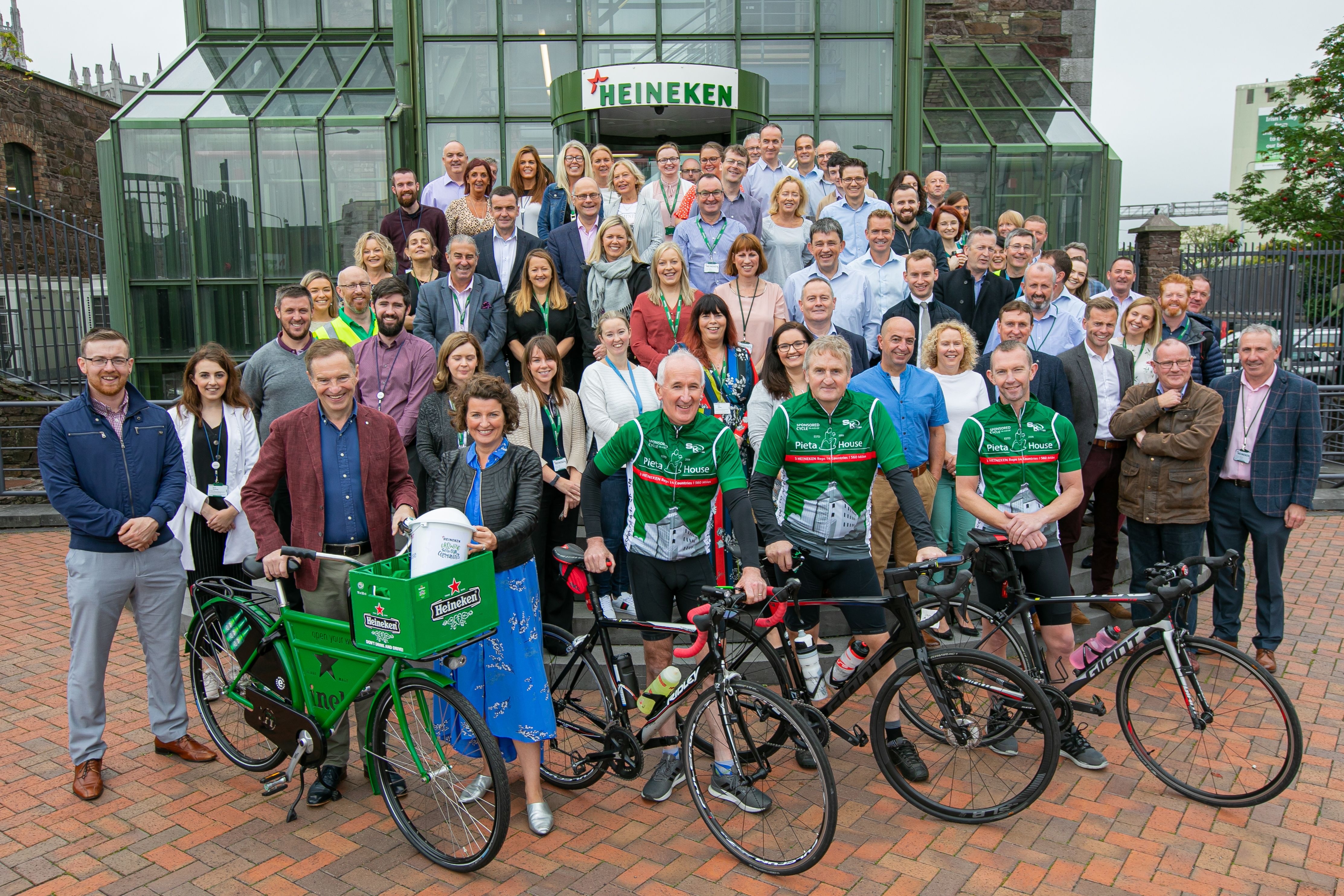 Sina Engelke, HEINEKEN Ireland HR Director: “We are extremely proud of our colleague's achievement, they acted as wonderful ambassadors for the kind of ambition and positive spirit we aim for through our Growing with our Communities programme. The challenge of cycling 960km, both physically and mentally, was such a brave thing to do for such a noble cause. They truly pushed themselves beyond their limits to raise awareness and help break the stigma around mental health. We are committed to further build on what these guys have started as part of our own company wellbeing strategy.” 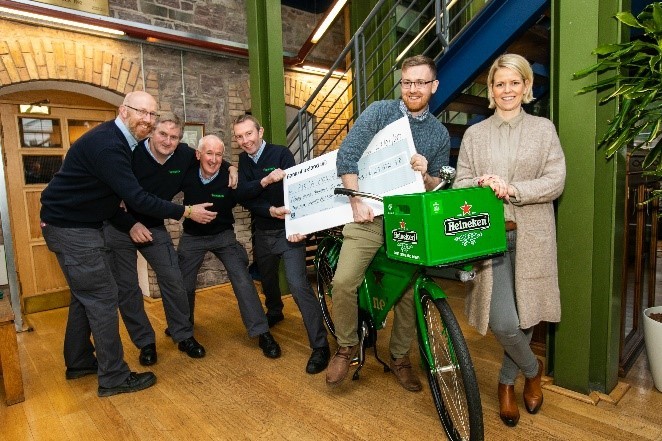 We are incredibly proud of our colleagues – they are the epitome of our company behaviour “Be Brave”. From a fleeting idea to undertaking an epic adventure in a bid to help others and also to break the stigma surrounding mental health in the communities they live and work in. Thank you to our fantastic colleagues for inspiring us all here at HEINEKEN Ireland. #WeAreHEINEKEN